How organisations can react in real-time with event-driven APIs

Why do 70% of digital transformations miss the mark?

BMC Helix accelerates Innovation For Organisations Around the World 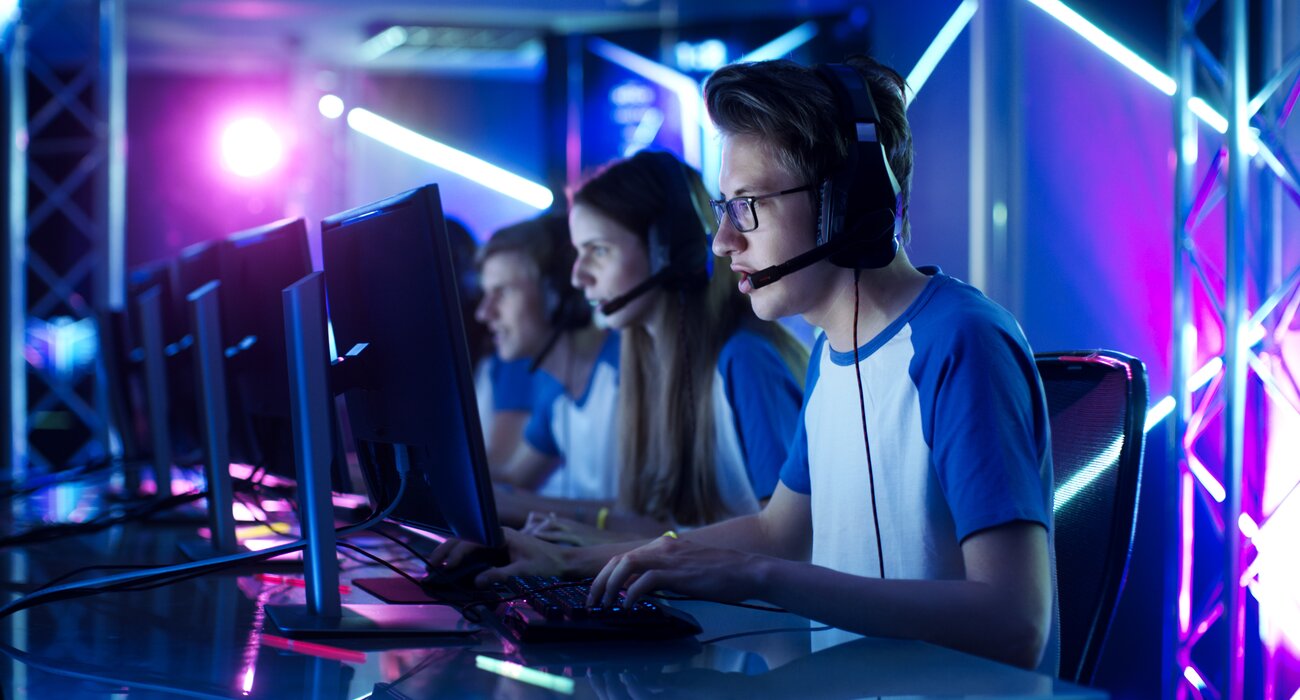 The latest version of Ballerina open-source programming language for the cloud radically simplifies how developers use, combine, and create network services.

Increasingly enterprises are turning to cloud-native applications that integrate APIs, events, data, microservices, serverless apps, and other digital assets throughout their organisations and across the ecosystems in which they participate. Ballerina is the open-source language for cloud-native programming and integration designed to support these organisations with a unique bidirectional mapping of sequence diagrams and code. The new Swan Lake Beta release, available today, radically simplifies how developers build and deploy cloud-native applications through an intuitive syntax for developing services and APIs, seamless JSON support, and built-in concurrency control.

“Modern applications are not islands—nor are the teams of developers responsible for building them,” said Dr Sanjiva Weerawarana, founder and leader of the Ballerina project and founder and CEO of WSO2. “The Ballerina language enables developers to create cloud-native applications that are inherently integrations of services, data, transactions and processes. The new Swan Lake Beta version extends this functionality—further enabling enterprises to tear down the barriers between app development and integration and between highly skilled and ad hoc developers to speed the delivery of innovative, new digital products and services.”

Ballerina is a 100% open-source project created and sponsored by WSO2. All parts of the project are developed openly at https://github.com/ballerina-platform.

Ballerina is an open-source programming language for the cloud, which is based on the concept that modern application programming revolves around creating and consuming APIs, and it has been designed for cloud-native applications and microservices. Ballerina has all the general-purpose functionality of a modern programming language, and it uniquely provides language abstractions that make it easier to use, combine and create network services.

Notably, Ballerina is the only language where the diagram is the code, and the code is the diagram. Abstractions and syntax for concurrency and network interaction are included in the language to closely correspond with sequence diagrams, which enables a bidirectional mapping for any Ballerina source code between its textual representation and its graphical representation as a sequence diagram. Highly skilled developers have the flexibility to move between coding with text or diagrams while others have a low-code option for contributing to the organisation’s app development—while maintaining full fidelity to the code.

Ballerina also features a unique structural type system that is more flexible and allows for looser coupling than traditional statically typed language. This is particularly useful when combining data from multiple, independently-designed systems. The type system can be used as a schema to define data transmitted and received over the network, including native data types for JSON and XML that in many cases eliminate serialisation and transformation processing. In other words, the data on the wire is the same as the data in memory for common use cases.

Additionally, as a data-oriented language, Ballerina emphasises plain data that can be used independently of any code that processes the data. It includes straightforward mapping of plain data to and from JSON, integrated query with a SQL-like syntax, table and decimal data types, and XML support similar to XQuery.

With the Swan Lake version, Ballerina introduces several features to help developers build and deploy enterprise-class, cloud-native applications. Notably, it has been redesigned with an intuitive syntax for developing APIs and services, including procedure call (RPC) and RESTful style services and seamless support for JSON. Ballerina also now features both client and service objects that can be configured to use multiple different protocols, using either an RPC-based interface type or a RESTful interface type such as HTTP or GraphQL. Other key features include:

Concurrency Control. Ballerina is inherently concurrent, providing the advantages of asynchronous functions with a simpler programming model. Now, it automatically determines when it is safe to run the concurrent components in an application parallel with the concurrency control features added in Swan Lake.

Powerful Constructs for Working with Data. Ballerina comes with a language-integrated query feature for querying data using a SQL-like syntax and enables type-safe and declarative transformation of JSON, XML, and tabular data. The feature is now fleshed out to support ordering and joins. Furthermore, the table type has been redesigned to be more ergonomic and work consistently with other structural types. Tables in Ballerina are collections of records, in which records are uniquely identified by one of their fields similar to a primary key in SQL.

The Ballerina Swan Lake Beta is available today. As a fully open-source implementation released under the Apache License 2.0, it does not carry any licensing fees and can be freely downloaded at https://ballerina.io/downloads. Users can find support through its growing open-source community on Ballerina’s Slack Channel, Google Group, or GitHub. Additionally, resources, such as the Quick Tour and Ballerina by Examples, can be found at https://ballerina.io/learn/by-example.

Sponsored and Developed by WSO2

WSO2 invested in the creation of Ballerina to address significant shortcomings that it saw in how middleware was evolving to play in the cloud-native world. WSO2’s founder, Dr Sanjiva Weerawarana, created the project in August 2016 and led its technical design in collaboration with James Clark, bringing in their decades of software development and enterprise integration experience. Sanjiva’s professional career has been focused on creating technology to facilitate large-scale distributed systems, including co-creating WSDL, BPEL4WS, and several domain-specific programming languages. James was a co-creator of XML and led the design of XPath, XSLT, and RELAX NG. WSO2’s engineering effort for Ballerina has included more than 300 person-years of investment in its nearly five years of development.

Founded in 2005, WSO2 radically simplifies the way enterprises create, deliver, and scale digital experiences. Our cloud-native, API-first approach helps developers and architects to innovate at speed and accelerate time to market. Customers choose us for our broad, integrated platform and our expertise in API management, enterprise integration, and identity and access management—the cornerstones of every successful digital transformation initiative. With offices in Australia, Brazil, Germany, Sri Lanka, the UK, and the US, WSO2 employs over 750 engineers, consultants, and professionals worldwide. Today, hundreds of leading brands and thousands of global projects execute 18.2 trillion transactions annually using WSO2 technologies. Visit https://wso2.com to learn more.

Ballerina provides cloud-native middleware as a simple-to-use programming language whose syntax and platform address the hard problems of integration presented by today’s distributed apps and services. Ballerina is a statically typed, concurrent programming language with both textual and graphical syntaxes. It brings fundamental concepts, ideas, and tools of distributed system integration into the language. These include distributed transactions, reliable messaging, stream processing, workflows, and container management platforms. Ballerina is an open-source project under the Apache 2.0 license and is developed by the Ballerina community, sponsored by WSO2. To learn more, visit https://ballerina.io.

Trademarks and registered trademarks are the properties of their respective owners. 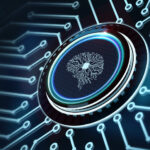 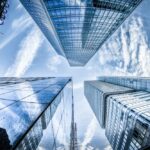 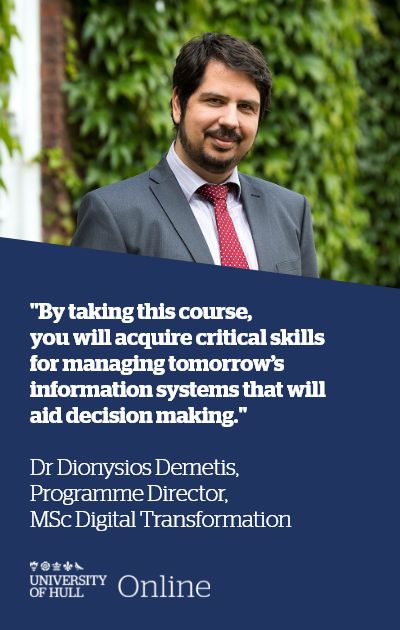 How organisations can react in real-time with event-driven APIs

Why do 70% of digital transformations miss the mark?

Crossing the line: Are you ready to take on cross-border retail?

Dr Mark K. Smith: From bootstrap to acquisition and everything in between