Black Friday 2021: Tech experts explore how businesses can capitalise on the day

Why digital maturity is key to harnessing the Digital Twin

Our cars seem to be evolving all of the time as fuel efficiency improves, the overall emissions released by cars decrease, and the cabins of cars are becoming a lot more digitalised. We are also slowly starting to see the likes of self-driving vehicles and enhanced cruise control really change the way that the future of driving looks. Of course, while a lot of this technology is ground-breaking and being welcomed with open arms, there is a lot of other technology that has not been given the same treatment.

When Is Enough, Enough?

One of the reasons that technology can be met with such scrutiny is the fact that we need to take a moment sometimes and ask ourselves when enough will simply be enough? If you have a look on sites such as Carlton Car Centre and consider the used cars available, due to the increasing standard that is being made in driving today, these used cars could almost be brand new. The standard of a vehicle is now so high, and as a result, people often ask, ‘sure reduced emissions are necessary for vehicles, but after that, when has technology achieved enough?’ This debate means that a lot of controversies is sparked by new technology that is brought forward.

Though people are not sure whether they will become permanent features in cars, that doesn’t stop the idea of vehicles having in-built breathalysers from being a controversial one. The idea is gaining a lot of momentum and has been implemented in some areas in the US. Essentially, it means that before a car is started, drivers are going to need to blow into their breathalyser to measure their blood alcohol level and ensure they are in a fit enough state to drive. If they’re not, then the vehicle simply won’t start.

The technology is not ready yet, and also some have argued there is no point behind its development as drunk drivers could simply ask a sober person to blow into it instead. As such, the idea of this becoming mainstream is unlikely but still controversial all the same.

This tech has been making a lot of headlines recently and is proving to be very controversial. It is an EU implemented measure that states all member states will need to have in-built speed limiters. The tech would involve constant GPS monitoring, which is why it has been met with a lot of controversy, but it would help drivers stay within the speed limit.

This was mentioned earlier, but it is such a hot topic amongst motor enthusiasts that it needs to be talked about more. There is a huge push recently to implement driverless technology, and while some instances of this tech have been incredibly successful, there have been other occasions that accidents (and even fatalities) have occurred. This makes it an incredibly controversial technological advancement as some people see it as putting the safety of passengers and pedestrians as a second priority. 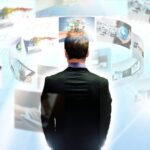 Why soft skills are critical to post-pandemic digital transformation

Improving SaaS visibility: How to provide guardrails, not gates

IoT set free: cellular connectivity as the enabler of cloud